Swift and the MVVM architecture

While building apps using Swift and SwiftUI you'll be following the MVVM architecture which consists of three distinct holes within your application.

But how exactly does the ModelView guarantees this communication between the Model and the View?

Basically this communication happens by following a pattern of listening to changes, publishing that changes have occurred and "listening" to these publications.

So anytime a change of data happens in the Model, the ModelView is subscribed to these changes, listening to when they happen:

And after a change of data occurs, and ModelView detects it, what happens?

From this point, the ModelView will be responsible for publishing that a change happened. The view will be observing for these publications and will update the interface

Now, let's take a look at how the communication happens starting from the View part of our application:

Suppose that in our interface we have a button that increments a counter. How does this update happens?

When the user clicks in this button, he has the intent of incrementing the counter. So, we expose to the View through the ModelView something that we could call as "Intent functions". They are just regular functions that will be called from an interaction that happens in our interface.

So in this simple case mentioned above, the button fires an intent to increment the counter.

When this function (for instance incrementCounter()) is invoked from the button click the ModelView will simply update the Model variable which holds the current counter value.

The final flow would look close to this: 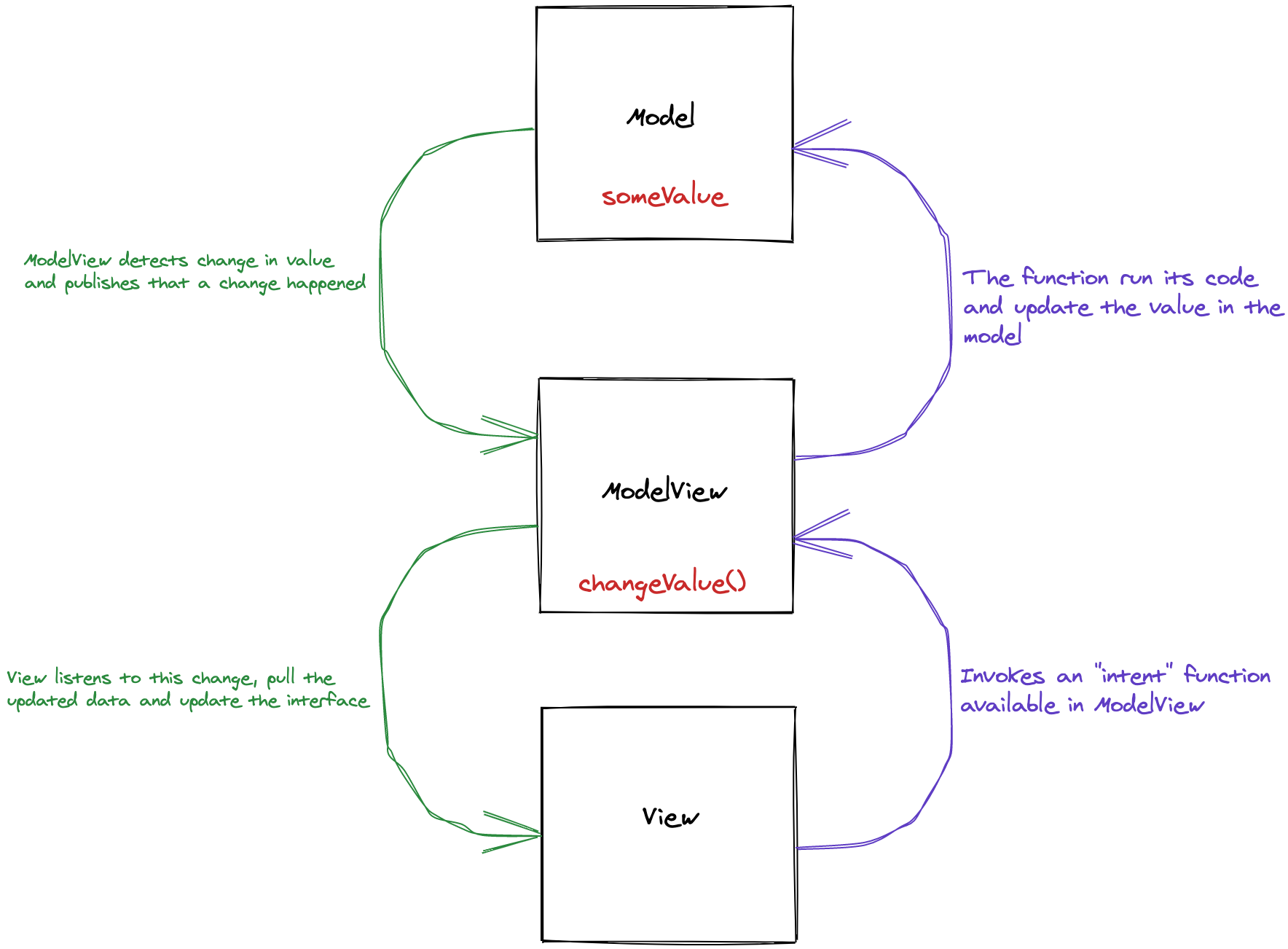 These were just a few notes about the MVVM, there's no detail on how to implement this on an actual code base as I intend to this in a next article.